Posted on: February 21st, 2019 by Art Leaders No Comments 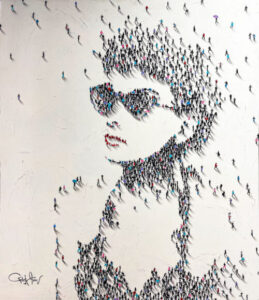 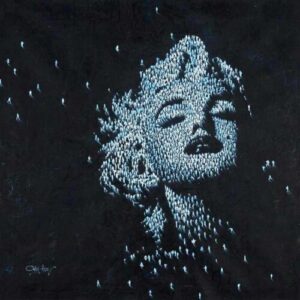 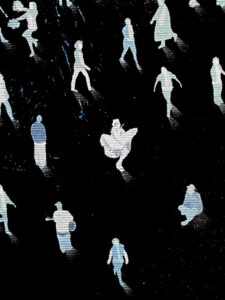 Despite the title’s multiple meanings, I am of course referring to Craig Alan’s ‘Populus’ figurative artwork series at Art Leaders Gallery. His artwork has captured the attention of many in the past decade. Check out this News Article of his latest public art piece in Atlanta, Georgia!

Each painting reads as a portrait from a distance– often a celebrity or known public figure. When you approach the work and look closely, you start to understand that each line and detail making up the portrait is an individual of their very own. Above all, the figures that make up these portraits are always unique. They interact in a world within the depiction of another a human being! In other words, he makes people made from people! 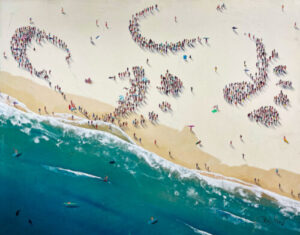 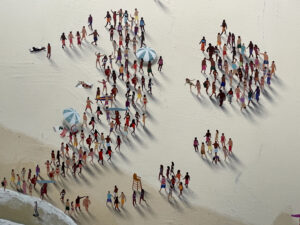 Craig Alan’s inspiration behind the series began after he started taking photographs from his mother’s condo balcony. He captured the ever-changing crowds from a distance. As a result, a pattern began to form of a human eye in the lens of his camera. “This started my creative wheels turning,” Craig explains. Everything after that I suppose is history! 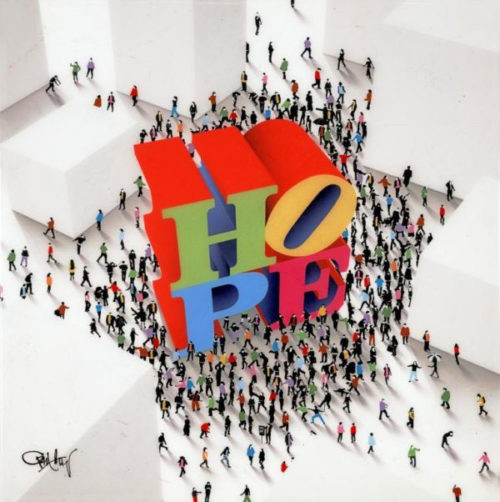 Hope Around the Corner by Craig Alan

Craig Alan believes that individuals need to work together for the greater good of the community. Therefore, his pieces have a general sense of community, positivity, and hope. He believes we are all small pieces of one large puzzle. Consequently, he wants viewers to be able to see themselves in each one of his pieces. As a result, his artwork is customizable with unique figures of your choice.

Firstly, Craig Alan meticulously makes stencils for each one of the tiny figures that makes up each of his larger images. Secondly, he then uses these stencils to spray paint each figure individually onto the canvas to create a larger image. After that, each figure is hand painted to include their unique qualities.

Watch this video for an in depth look at Craig Alan’s Populus Process.

Craig has been expanding his figurative artwork series, which is gaining more and more recognition. In addition to public art, he offers originals, commissioned mixed media work, and has recently released a new limited-edition line on canvas! Craig now works in three different artwork classifications; Original, Mixed Media, and Limited Edition. His new limited-edition works are a signed & numbered edition of 75 giclée’s on canvas. His mixed media on wood is his most popular genre of work. They are available for commissions and are customizable in size, color, and details. Clients have asked him to add in their names, certain figures, their own portrait, etc. His original paintings are where the limits are fairly endless. Collectors can commission a Craig Alan original of their own face in the Populus style if desired.

Stay tuned and let Art Leaders Gallery be your go-to resource for all things new with Craig Alan!